Where Are You From? Part One

The first in a three part series of conversations around cultural identity led by Tara Kenny and Ru Kwok. Images by Ru Kwok. 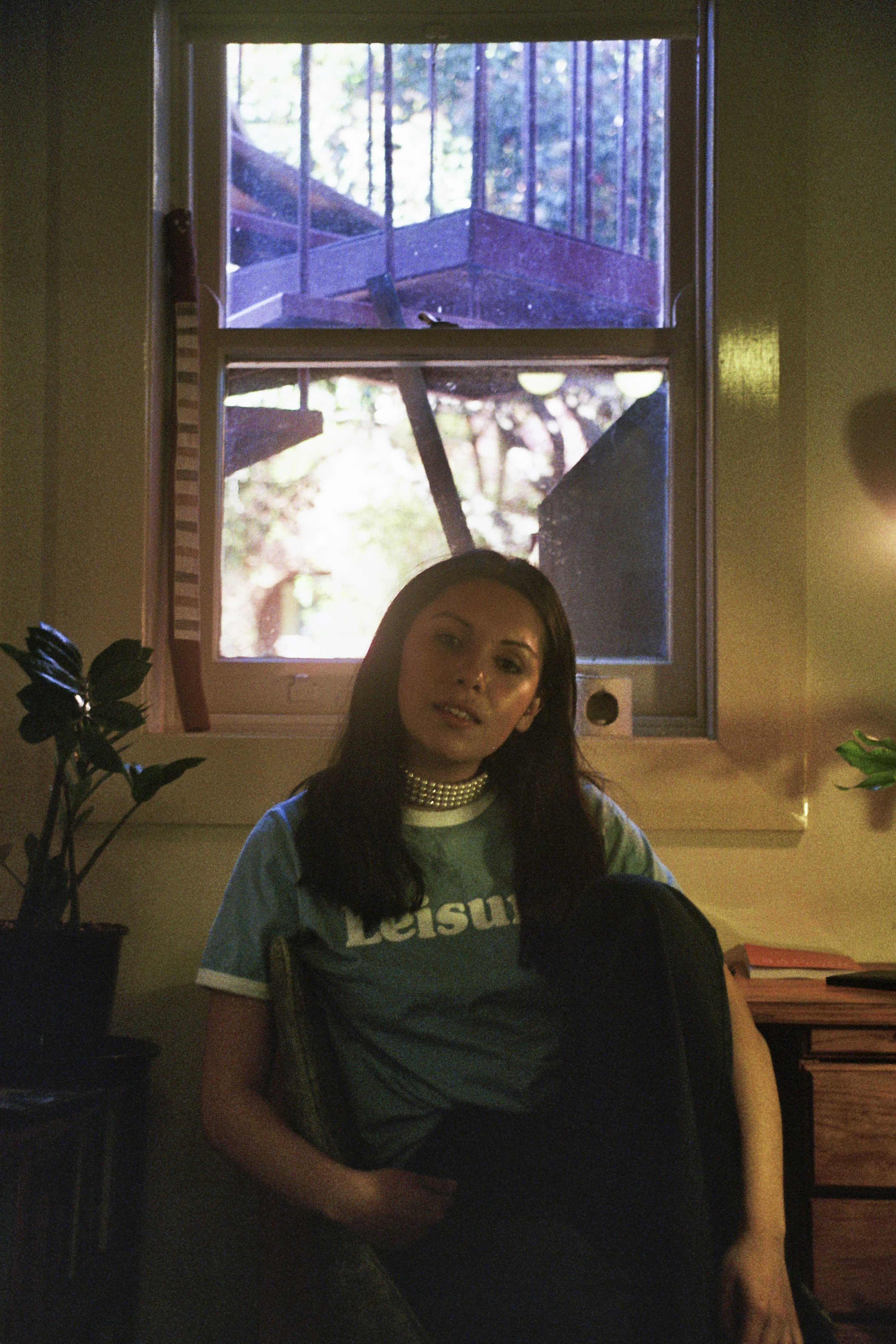 When asked this question by a nondescript middle-aged woman with her child on a Hobart street, I accepted it as an innocent and genuine enquiry. Tasmania is a long way from anywhere, let alone Iran, and so she could be forgiven for missing the demise of the Persian Empire. A fan of the Kardashians, perhaps? I pleasantly explained that I was not in fact Persian, but half-Sri Lankan and half Irish and – it didn’t even feel worth mentioning – but perhaps even Australian, too. She nodded, indulged me in innocuous conversation for another few minutes, and eventually declared, “I don’t like foreigners”. I laughed, mainly out of shock, and felt sorry for her child.

While where I am “from” doesn’t often elicit such a forthright response, the question is a familiar one. Sometimes it’s posed with warmth and curiosity from people I know, other times it’s slurred or shouted by strangers at (that well loved site for the meeting of great Australian minds) the pub, or in the street; my cultural identity suddenly a jarring pick up line or public trivia question that apparently begs to be solved. I shouldn’t take it the wrong way though; “exotic” girls are just sooo interesting. 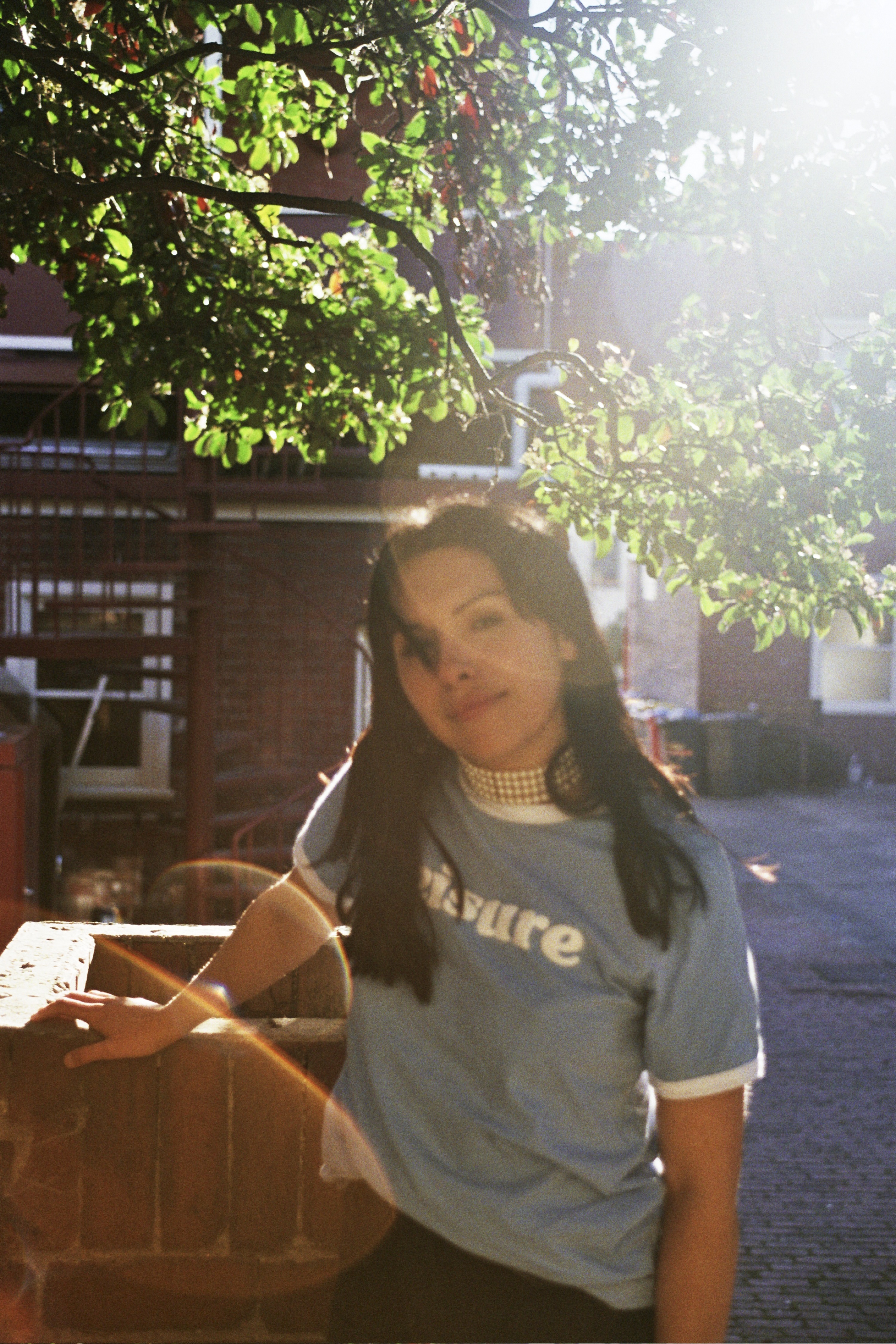 To be clear, it’s not a question I blanket resent or believe ought never be asked, but I do wonder how its consistent presence in my daily life has come to shape my own confused cultural self-perception. Put simply, if “real Australians” can’t comprehend my Australianness, how could it be true?

There is a Danish word – hygge – as difficult to pronounce, as it is to fully grasp. A friend who had recently returned from an exchange in Copenhagen described hygge as “Danish for cosy time with friends”, and more broadly, a word that gestures towards how it feels to belong. She wondered whether foreigners could achieve hygge and, despite protestations from local friends, concluded that no, they probably could not. It just wouldn’t be the same. Similarly, I wonder whether migrants or their descendants (like me) can achieve real Australianness, whatever that even is. Could I host an Aussie BBQ; take my future kids to Nippers or Auskick; rub zinc on their noses and feed them vegemite soldiers? More importantly, would I want to? From the outskirts, these traditions and shared sites of recreation can feel hostile; they do not quite belong to me. Attempts to recreate them would feel self conscious, a wooden parody. Plus, there’s more to Australia than swimming and sausage sizzles. 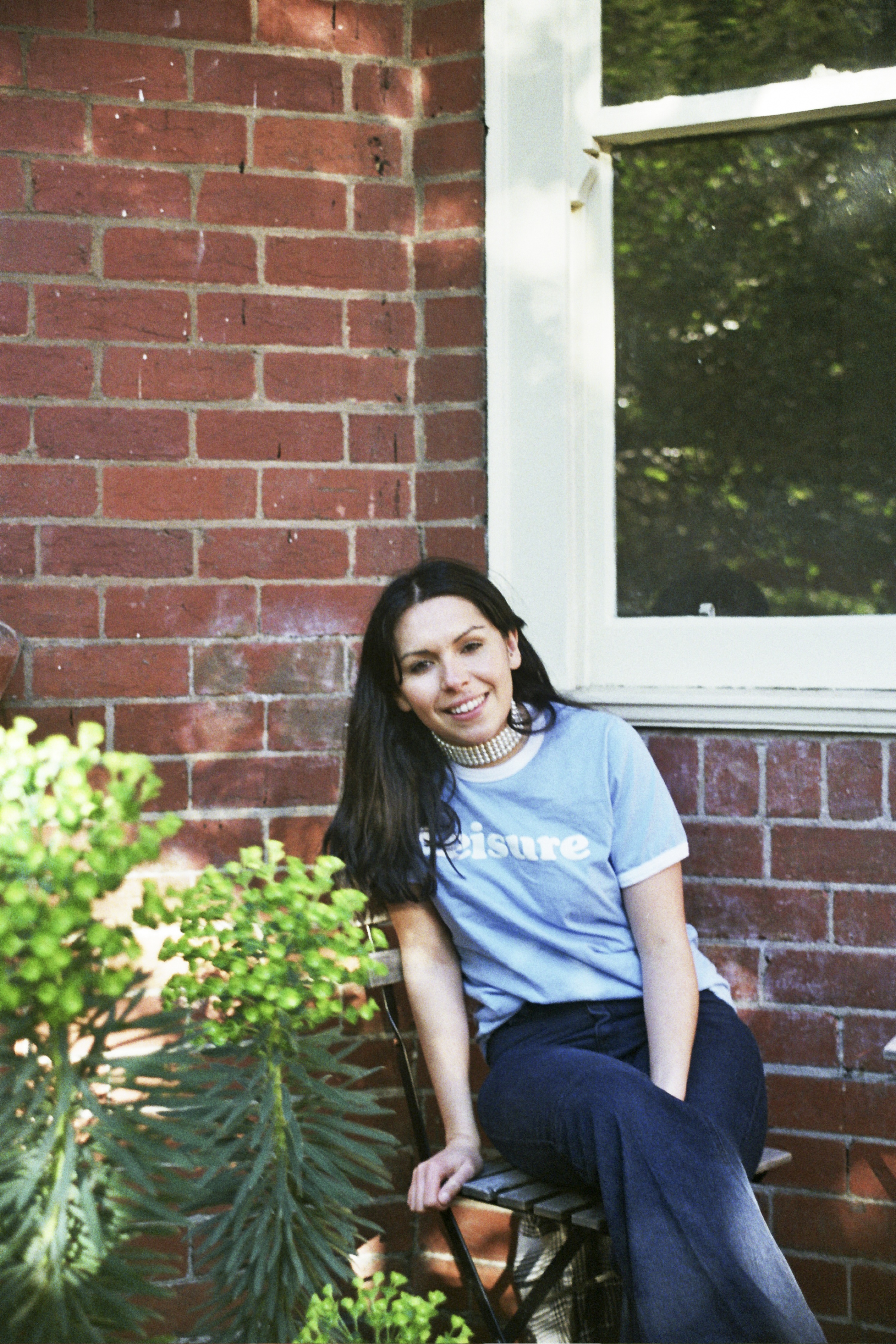 Diversity is far and away the thing I value most about this country, yet when I think “authentic” Australia I conjure the cast of Home and Away, Bindi Irwin, Puberty Blues, and the blonde and blue eyed James’ and Stephanie’s of my white-bred primary school who assured me not to worry because I’m apparently not “really Asian, though”. It stings to realise how deeply I have internalised this white Australia that never really was, how firmly it has embedded and crystallised in my subconscious mind. But how to relocate myself – and other Asian Australians who might feel it too – within this narrative of “authentic” Australia? An attempt to acknowledge and explore the similarities, differences, complexities and textures of the Asian Australian experience seems like a good place to start. So, where are you from? 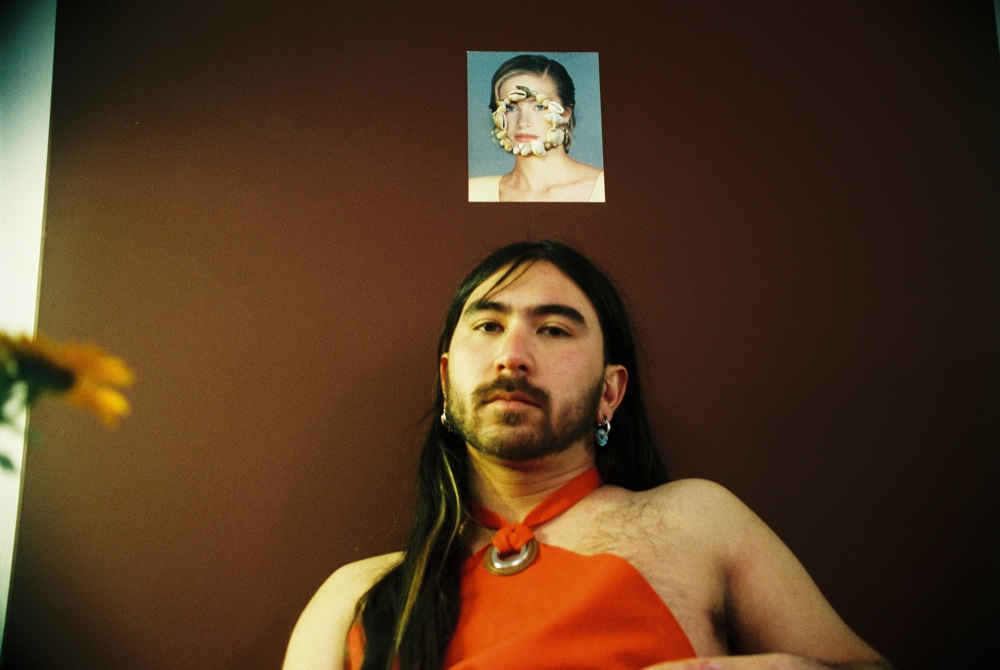 Tara Kenny: Hey Spencer. Firstly, what is your cultural heritage? Also, is that a question you are asked often, and how do you interpret it?

Spencer Lai: I’m half Chinese-Malay and half Australian, or English. My father is Chinese and my mother is Australian. I get asked all the time. People think I’m Mediterranean, Macedonian, Spanish, and most recently Native American, because of my hair. It depends what I wear as well, which is really strange. If I wear glasses people think I’m Asian.

I used to be okay with the question but now it depends how it’s asked: context, tone, and language. If it’s on the street or we’ve just met and you’re like, “What are you? I’m soooo interested”; I don’t really have time for that. I would prefer for it to be more fluid. It’s a double-edged sword because it can be nice when people think I look interesting. If it’s overseas in a bar or hotel it makes more sense contextually, but it’s kind of a boring question!

Because I’ve spent time in western countries white people sometimes see me as a neutralised Asian. It’s like, so you’ve been trained?

I have a very complex understanding of my home and my origins. I was born in Sarawak in Malaysia, which is a very small city, basically in the tropics. I lived there until I was four or five, then moved to Bangkok and went to a British international school. I moved to Australia when I was 10 or 12 and lived here until I was 16. I went to the Middle East for four years, then came back here. My “Asianness” is linked to my father and his side of the family, who I actually don’t see anymore.

TK: Do you feel a strong connection your Chinese-Malay side regardless, or not really?

SL: Not really. My dad is quite a reserved man. He was the first of 15 generations of Chinese to marry a western person. It was a big deal back then and he had to face so much racism in Australia in the 70s and 80s. He was called a “boat boy” and “swamp rat” in the streets repeatedly.

Ru Kwok: I’m the only mixed race child too…How did your father’s family respond to you?

SL: It caused quite a rift in the family. My dad’s brother actually doesn’t speak to him anymore, because he married a western woman.

I was always quite feminine as a kid, which they kind of chose to ignore. I think my father’s side of the family know that my sister and I are queer and they’re accepting, but they only know so much. 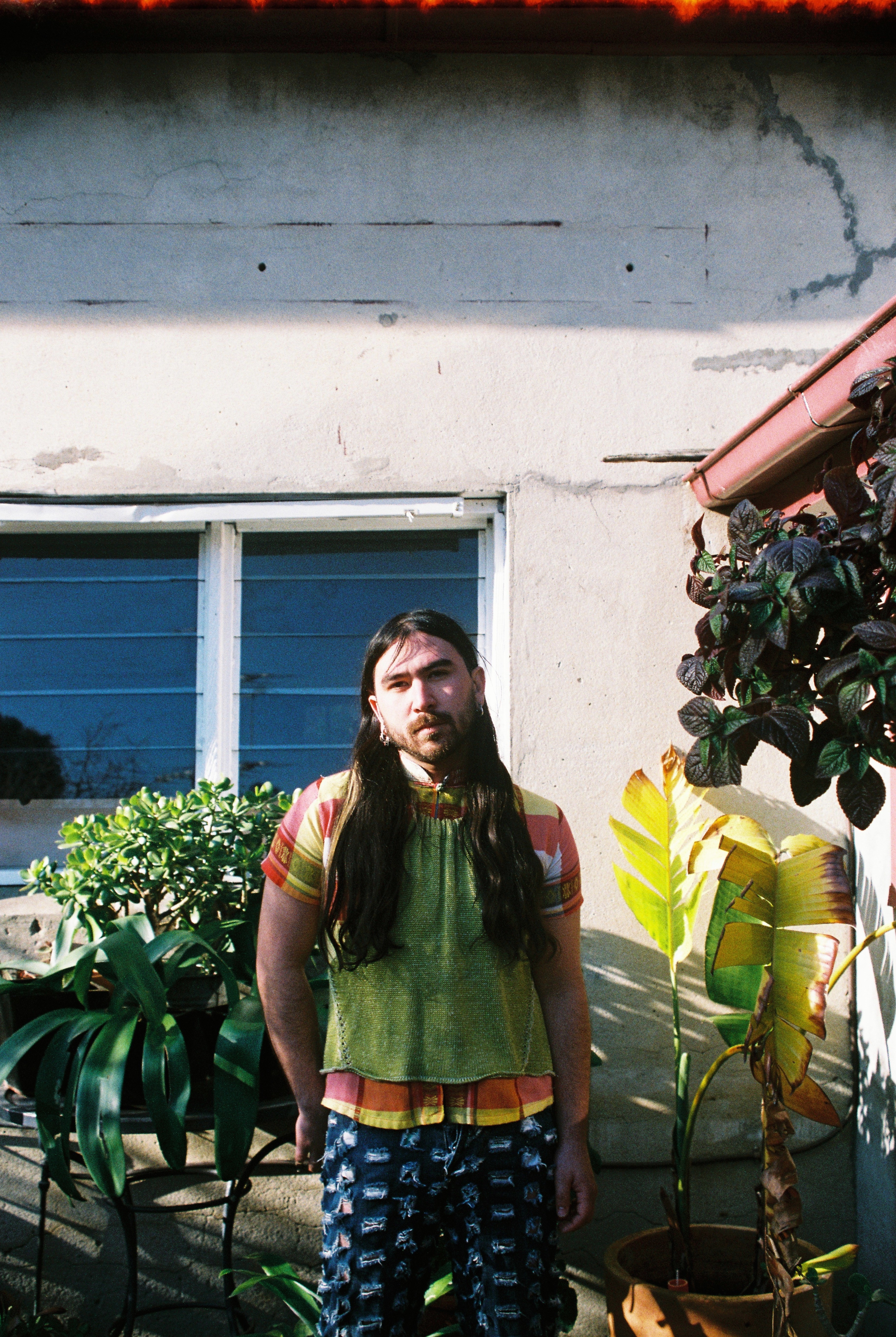 TK: This question might be a little different for you having lived in so many places, but how do you relate to your “Asianness” versus “Australianness”?

SL: I’m definitely Australian and I understand Australian culture, to an extent. I’m very close to my mother and her side of the family, who are Australian. I was here when I was a teenager; I think those years are very formative. Do I feel connected to Australian culture? I live in Australia and that in itself makes me Australian, but I’m also Chinese. I think belonging and where you live are two different things sometimes.

TK: Certainly. Another thing I want to discuss are the VERY white beauty ideals presented in the Australian media. I think they’re improving a little bit now, but media representation compared to the amount of non-white people in Australian society is still so minor. I’m wondering if that impacted your self-perception when you were growing up, or now?

SL: I look at mainstream media and 99% of the time I’m not represented on the basis of sexuality, gender and ethnicity. Sometimes I’m represented on one of those counts, but I’m a triple threat! I like to present and be very fluid, so I don’t expect or feel like I need to see people exactly like me.

Growing up it was harder. Maybe because of the way that capitalist frameworks create this global, post identity Benetton complex, growing up I kind of felt like everyone was the same. I wasn’t upset about how I was, but maybe I was less comfortable in a social sense because of how I look.

RK: It’s hard for someone who has so many facets to find that directly represented in the media, but it’s more that you’re looking for diversity in general.

SL: I was never someone who looked at the media and really felt that affected; I looked at the people around me. Diversity is the best thing about Australia. I went to school near Noble Park in Rowville and there were so many different types of people. I didn’t feel othered in terms of ethnicity; it was the queerness that I had to work with. I was the only queer in the village, but I held my own and it was fine!

When I was in high school in the Middle East everyone was highly educated and really respectful. At international school you have so many people from different places, all basically there for their parents work. We all moved around a lot so learning where people came from was a way to find common ground. Not in a supremacist unity way, just knowing that 90% of people are not Qatari so they must be from someplace else. My ethnicity was accepted as one aspect of me. 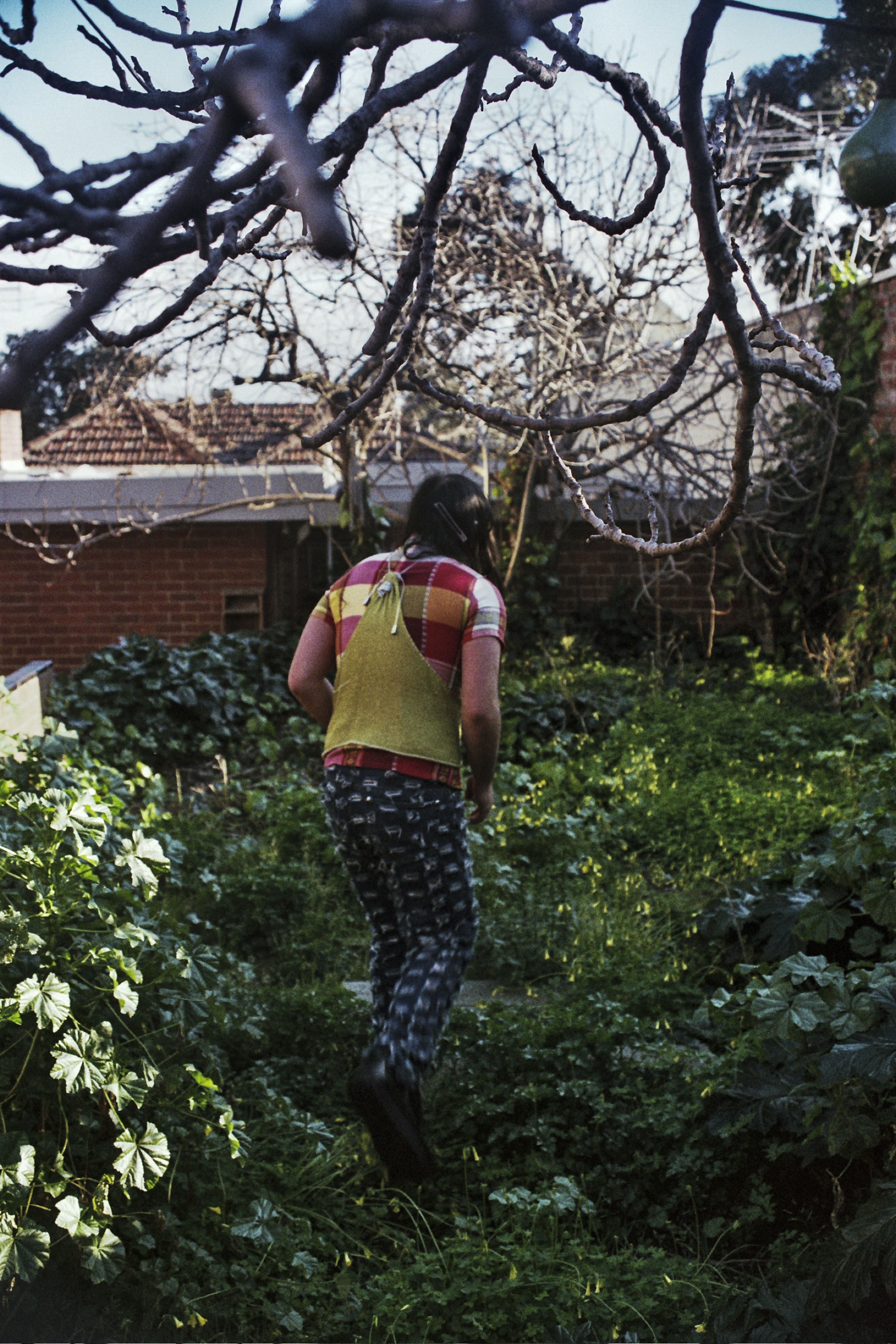 Spencer Lai is a practicing artist. They work and live in Melbourne. Follow Spencer on Instagram here and see more of their work here.

Ru Kwok is a multi-disciplinary creative. Since completing a Bachelor of Fashion Design at RMIT Ru has been collaborating and producing work concerned with female representation and identity. You can find her here and contact her at ru.y.kwok@gmail.com.